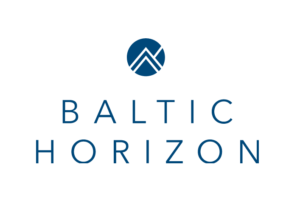 Reference is made to the press release published on 23 August 2022 in which Northern Horizon Capital AS announced the intention to carry out a public offering of Swedish depository receipts (the „SDRs“) directed to the holders of the units of Baltic Horizon Fund trading on Nasdaq Stockholm (“Swedish Investor”). In the Offering, each one (1) Unit would grant to the Swedish Investor a right to convert it into one (1) SDR (the „Offering”). The SDRs are intended to be listed on Nasdaq Stockholm.

Northern Horizon Capital AS has submitted an application to delist the Units from Nasdaq Stockholm. The Offering and consequential delisting of the Units is ultimately a result of Euroclear Sweden AB’s termination of the affiliation agreement for keeping the Units registered with its book entry system in Sweden following a strategic decision by Nordea Bank Abp to exit its Nordic sub-custody business.