Inflation was relatively weak at the end of last year, given the rapid growth in wages and other income. Inflation was moderate due to weak external price pressures and lower excise tax rates on alcohol. In December, inflation amounted to just 1.8%, over the year.

Several prices declined in December. Alcohol was cheaper due to lower excise tax rates. Electricity prices declined because of cheaper electricity imports from the Nordics where weather has favoured electricity production and held back electricity consumption. Communication services’ prices continued a long-term downward trend. In addition, drinking and waste water services became more affordable in the capital and some other regions nearby.

In 2019, consumer price index increased by 2.3%. The prices of different services and food grew the most. Strong household sentiment and a rapid growth in incomes lifted the prices of goods and services in the domestic market, while external price pressures were relatively weak. 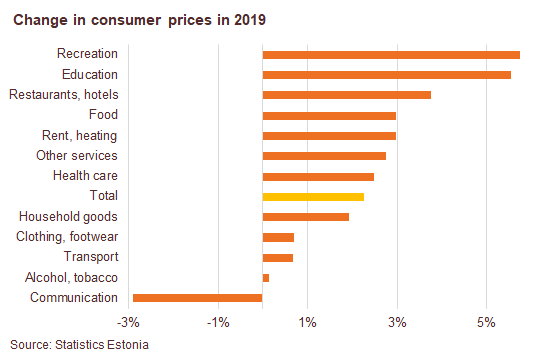 In 2020, inflation is expected to remain modest at 2.1%, even slightly lower than the inflation rate of 2.3% in 2019, as the prices of food, electricity and water services are expected to grow less than last year. 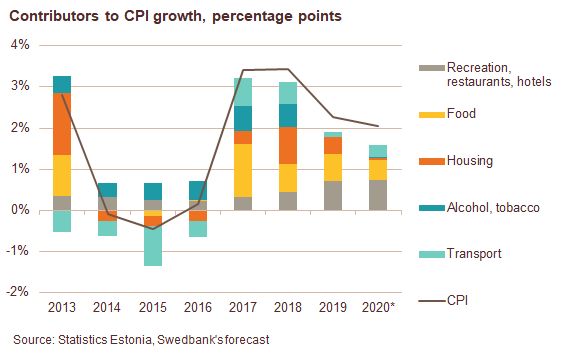 Average wage is forecast to grow substantially more than consumer prices. The average net wage is expected to grow by around 5% in 2020. Wage growth will be slightly slower in 2020 due to weaker GDP and export growth that is expected to ease labour market’s tightness.