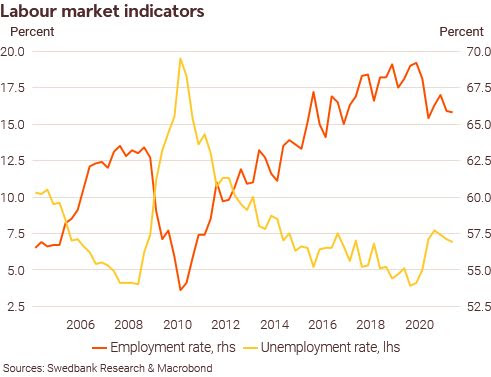 The number of the employed was up by 1.7% in a year but still well below the pre-crisis level. Employment grew in IT and health care, while demand for labour was still modest in tourism.

The labour market is expected to recover further in the future. Demand for labour has increased rapidly in the manufacturing industry as well as in services. The lack of suitable labour is at the pre-crisis level despite the unemployment rate being substantially higher. Around 30% of companies report hiring difficulties as their most important business constraint. The lack of suitable labour keeps wage growth rapid. Swedbank expects the average gross wage to increase by 6% in 2021. 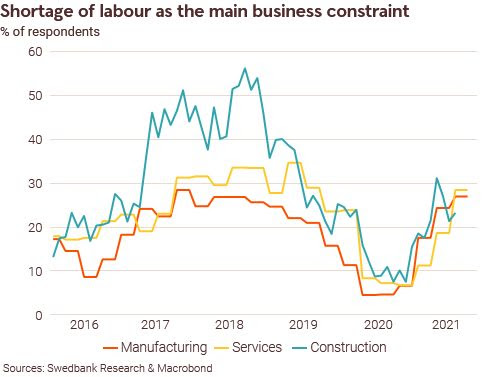