New record
According to Statistics Estonia, in the 3rd quarter, the unemployment rate decreased even further to a record-low 3.9%. The estimated number of the employed reached 677,000, the highest number since at least the re-independence (earlier data is not available). Labour market is even tighter than during the last economic boom in 2006-2008 as the working-age population has shrunk by around 60,000 persons since then. 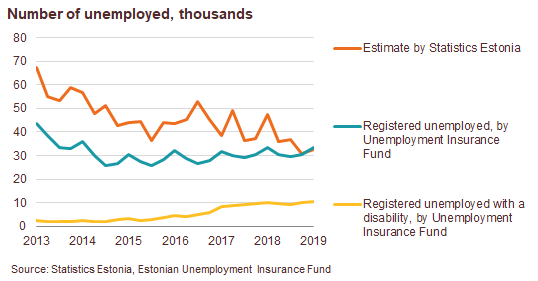