Swedbank: Wage growth accelerated a bit in the third quarter in Estonia

Gross wage growth accelerated from 1.0% in the second quarter to 3.1% in the third quarter, over the year, as economic activity increased, and the government’s wage support programme ended (substantially lower wages was one of the indicators to qualify for the government support). This is, again, very much in line with our expectations (which was +3.0%, over the year). 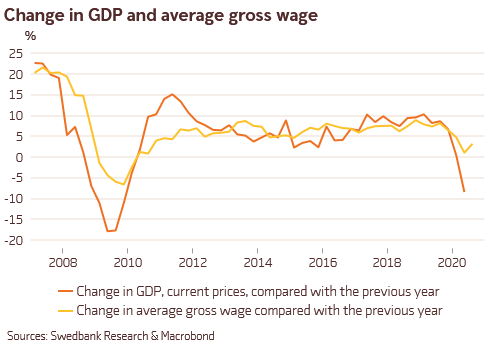 The average wage level decreased in two sectors, tourism and trade. Wage growth was still strong in mining, IT, energy, and finance, where average monthly gross wage is among the highest. In the construction sector, wages remained the same as last year. Wages in other sectors increased. 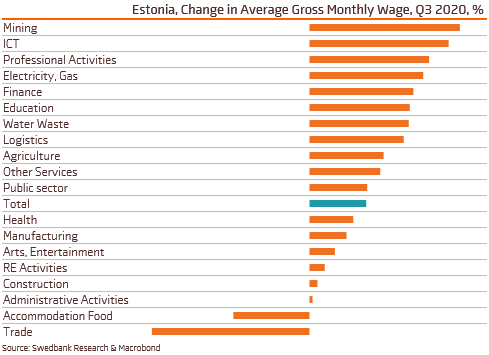