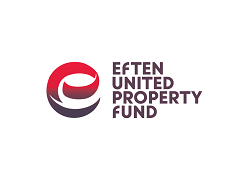 At the end of November, the EfTEN Real Estate Fund 5 increased the existing relatively low leverage (45% of the object’s value) of the former Danske Vilnius office building. During this year we have leased out over 6 000 sqm of space and through the change of tenant mix, the building’s annual rental income has increased by almost 15%. This allows to comfortably service a higher debt level. Upon receival, the EfTEN United Property Fund will pass it on to investors. It will be the second pay out to investors since the foundation of the fund.

A more detailed overview of EfTEN United Property Fund’s portfolio can be found on the fund’s website: https://eftenunitedpropertyfund.ee/en/fund-results-2/