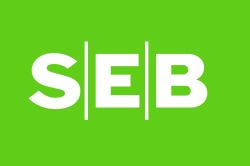 According to an international survey conducted in 2013, as much as 74 per cent of Latvian families experienced some negative impact – job loss or decreased income – from the economic crisis. In Estonia, the proportion of such families was 57 per cent, close to the mean indicators for the European and Central Asian countries covered by the survey. The proportion of Lithuanian families with at least one member out of work was close to the Estonian result, and the impact of decreased incomes is comparable to that in Latvia.

As a result of the economic crisis, the proportion of non-performing home loans in the entire portfolio of home loans in Latvia grew from 4.8 to 15.4 per cent in 2009 and to as much as 16.5 per cent by the third quarter of 2011. Although from 2004 to 2008 the volume of new home loans grew less in Latvia than in Lithuania, the number of families experiencing problems with their loan payments is significantly higher in Latvia. Since making payments on home loans has a high priority compared to the other expenses of a family, the quality of loans reflects very serious financial problems experienced by Latvian residents during the economic recession.

“The debt burden that seemed quite reasonable in good times proved to be beyond families’ means due to decreased incomes. Before the economic downturn, neither loan applicants nor banks could foresee such developments. Current problem loans mainly came about as a result of decisions made from 2005 to 2007. Loans issued subsequently entail significantly fewer problems. Both borrowers and lenders are acting significantly more responsibly than before when, paying attention to both the loan applicant’s current repayment capacity and its sustainability going forward,” commented Triin Messimas, Development Manager of Private Loans at SEB.

In Estonia, the proportion of problematic consumer loans reached 9.5 per cent of the entire volume of consumer loans in the third quarter of 2010. Today, the consumer credit portfolio has improved as well since fewer new payment difficulties are arising. In Latvia and Lithuania, the level of non-performing loans was highest in the second quarter of 2011, 22.6 and 22.8 per cent, respectively. At the end of 2013, the relevant figure was 13.6 for Lithuania and 17.4 for Latvia.

“In fact, the number of families having difficulties with their consumer loans is significantly higher than indicated by the statistics of loans granted by banks, since it does not include hire purchase obtained from outside the banking sector or instant loans, and there is no information about the quality of their repayments. Also, a considerable proportion of the loan portfolio consists of restructured former problem loans. For families that have experienced difficulties in meeting their current obligations, any options for taking out small loans are limited, which in turn means that the consumer credit portfolio will not start growing any time soon,” Triin Messimas added.