According to our estimates, investments will continue to support GDP growth while the influence of private consumption will decrease. We expect the economy to grow 1.5% this year and 2.5% in 2017 due to increasing support from investments and export. 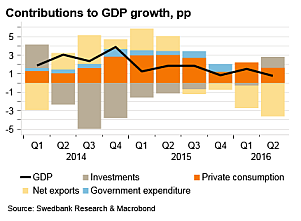