In the second quarter, the situation in the labor market was still good in Estonia. Employment was high and unemployment low. According to Statistics Estonia, in the second quarter, the unemployment rate was 5.8% and the number of the employed grew strongly, by 4.9%, over the year, but the stat. office survey does not take into account the 50, 000 Ukrainian refugees that have reached Estonia by now as their labour force survey’s sample was formed at the start of the year, before the war in Ukraine escalated. Together with Ukrainian refugees, the unemployment rate reached an estimated 6.5%. One tenth of the registered unemployed were Ukrainian refugees. 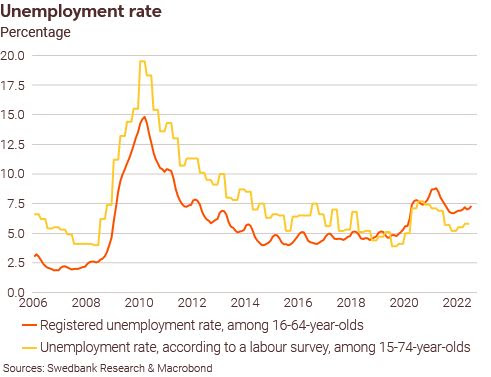 In the second half of this year, GDP growth is expected to slow considerably. Entrepreneurs are plagued by rising costs, various supply chain issues, declining orders, and war-related business restrictions. Private consumption is suppressed by an exceptionally large decline in household purchasing power. June’s economic data already showed a decrease in the volume of both industrial production and retail sales. 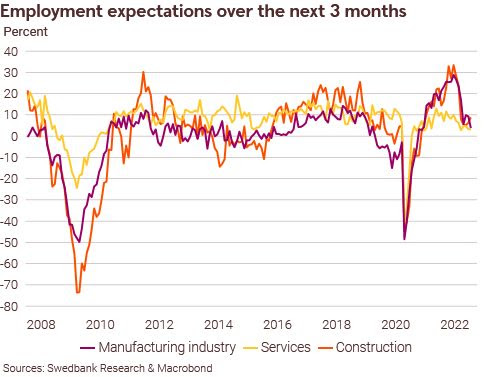