Swedbank: Estonian GDP growth accelerated to 3.7% in the 2nd quarter 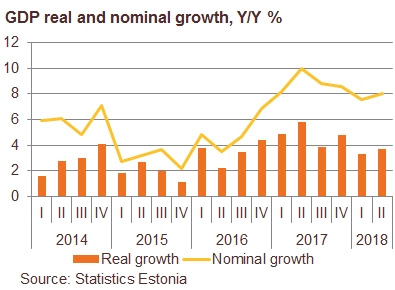 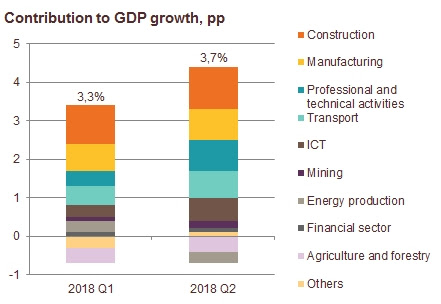 The growth of manufacturing sector is supported by robust foreign demand

Investments decreased by 0.8% in the second quarter

Household consumption was strong in the first half of the year

Economic growth in Estonia is expected to slow this year, but the economy in still well balanced and resilient

According to Swedbank latest forecast, economic growth in Estonia is expected to decelerate to 3.5% this year and 3.2% next year. Although, the growth will slow, economy will be well balanced and resilient.