According to Statistics Estonia, the unemployment rate declined quite significantly in the third quarter, to 5.7%. The total number of the unemployed amounted to 40,000 in the third quarter. The number of the registered unemployed at the Unemployment Insurance Fund (Töötukassa in Estonian) was 6,000 persons higher than the Statistics Estonia’s estimate. The difference between the two figures could result from those who receive unemployment benefits but still work unofficially or from statistical discrepancies between the survey and registry data. 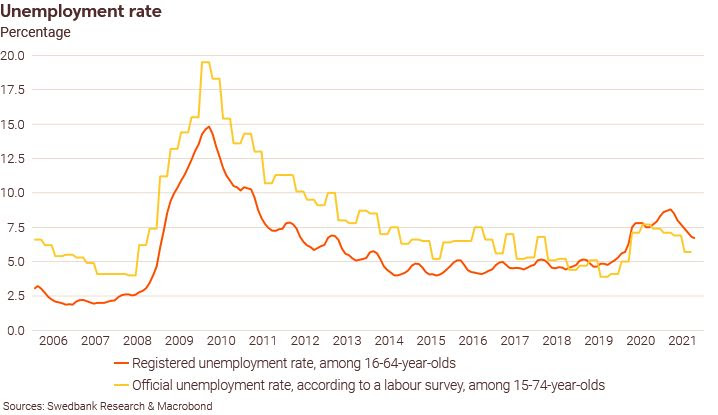 Demand for new employees has increased significantly in both industry and services. 40-50 percent of entrepreneurs see labour shortage as their main business constraint. Such a large labour shortage, with a still relatively high unemployment rate, shows the matching problem in the labour market, in terms of skills but also geographical location. Therefore, we expect the unemployment rate to decline at a relatively slow pace, although economic growth will remain strong also next year. 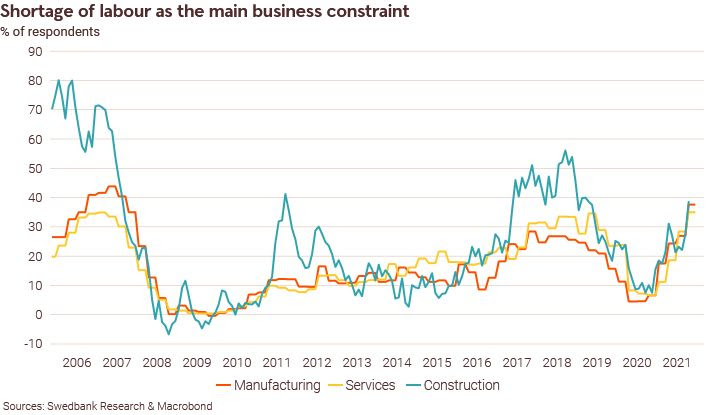