Swedbank: Unemployment rate increased in the third quarter in Estonia

The unemployment rate increased in the third quarter in Estonia and is expected to rise further during the winter months.

According to Statistics Estonia, employment fell by 3.6% in the third quarter, over the year, mostly in the services’ sector, and among the youth, aged 15-24. The unemployment rate grew to 7.7% (3.9% in Q3 2019). The number of the unemployed reached 54,000, which is around 5,000 persons more than in the second quarter of this year. Among the registered unemployed, 37% were unskilled or service workers. The unemployment rate is the highest in the north eastern region. 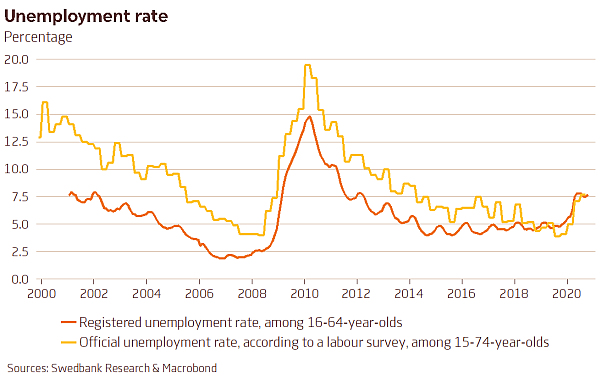 We expect the unemployment rate to grow moderately in winter, as the second wave of restrictions hit the already vulnerable sectors, especially tourism and entertainment. In general, we expect the restrictions to be more targeted this time and therefore less harmful to the economy than in spring as we are better prepared and know more about the virus.

Demand for labour was stable in the manufacturing industry and services but on a downward trend in the construction sector in October, according to a survey by the Estonian Institute of Economic Research. Demand for labour should start increasing again in the second half of next year, when economic activity increases again. In autumn 2021, additional short-term boost to the economy comes from those, who decide to spend their pension savings. 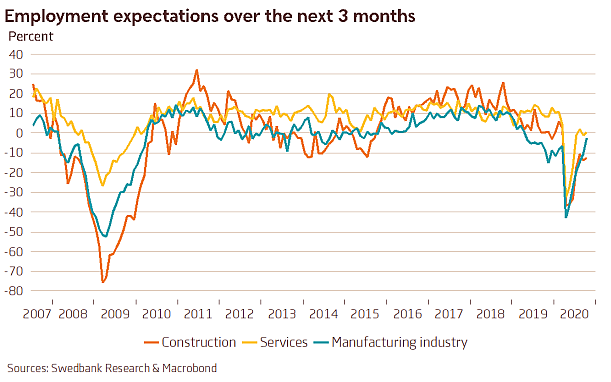