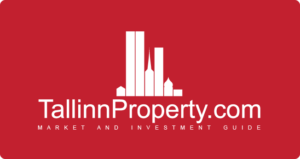 The number of apartment transactions is showing a strong increase

The number of apartment transactions in Tallinn is robustly growing. In Q1 2017, 2,449 apartment ownership deals were signed in Tallinn. This corresponds to an annual growth of 19%. The number of transactions has gone up in terms of home buyers as well as rental investors. Demand has been supported by rising wages, high employment rate, but also favourable loan conditions and low interest rate. 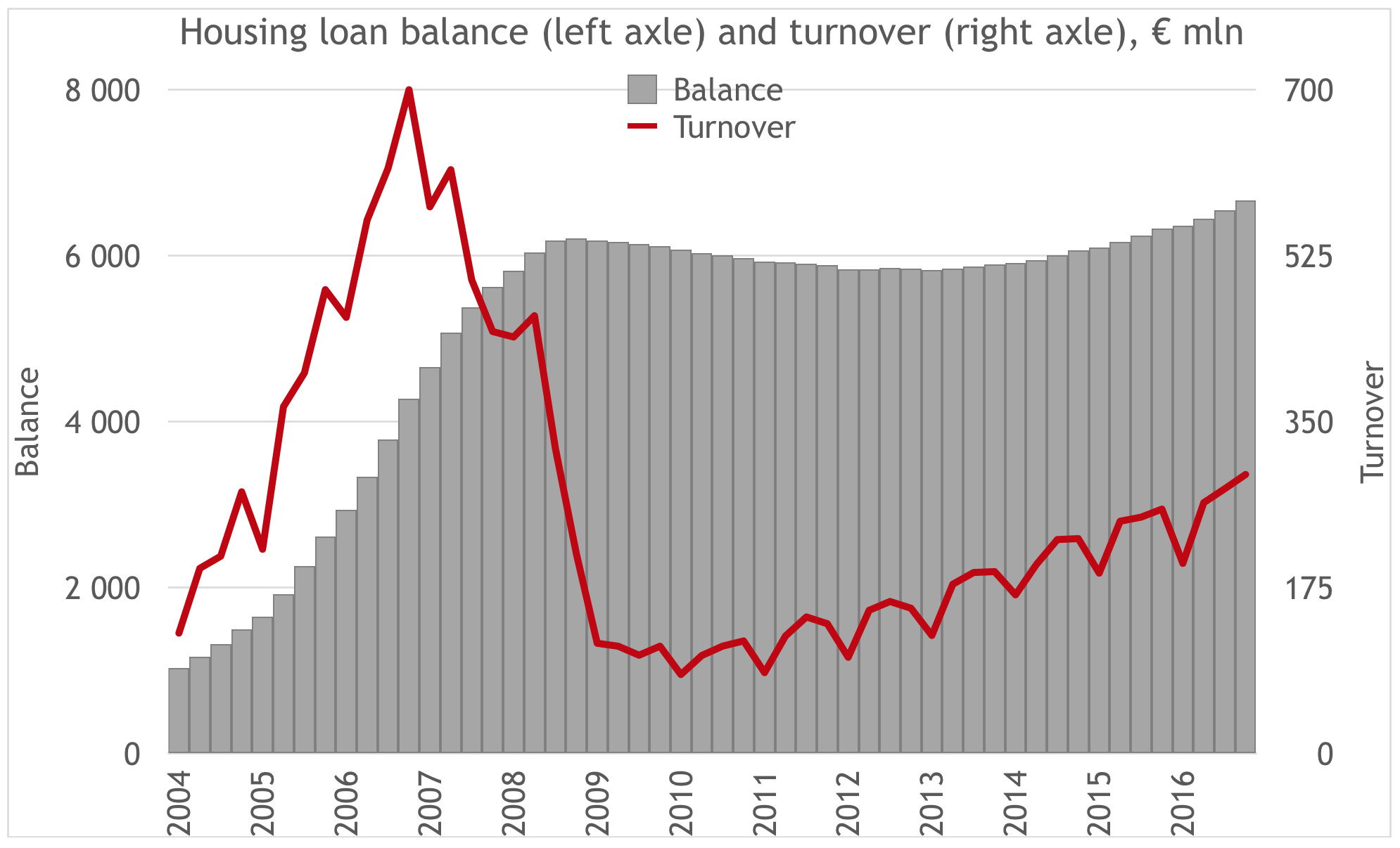 Debt finance is the lifeblood of the entire economy, but also of the property market. Increasing credit sale is strongly supporting the completion of transactions. The only factor keeping the pressure of price increase of housing, caused by high demand with the help of loans, within the confines of common sense, has been tight competition between property developers and sellers.

The balance of loans is outpacing the economic growth

Given the circumstances of fast-growing loan turnover, also the loan balance, that is the amount of loans currently being repaid, is increasing. As at the end of February, the housing loan balance reached EUR 6.7 billion. The balance of housing loans has increased 5.6% compared to the year prior. Setting this indicator against the modest economic growth, we may admit that the loan balance is rather growing fast, or even very fast.

It is wise to keep an eye on the boosting loan balance; still, we should not take it as a serious warning sign, at least not for now. The reason being that alongside with the loan balance, also the income of consumers is growing and unemployment is on a quite reasonable level. This means that even under the conditions of increasing loan burden the consumers have no problems with repayment of loans.

Rate of bad loans is low

We may even say that in essence, almost all of the issued housing loans are served on a very good level. In February 2017, the volume of housing loans overdue for more than 60 days was EUR 37.7 million. Accordingly, the share of bad loans in the housing loan portfolio was 0.6%, which can be considered a rather low indicator.

Still, it can be said that despite the increasing turnover, getting a loan is paradoxically not too easy for a borrower. The banks evaluate the creditworthiness of a home buyer very carefully. If there is a risk that the borrower may not be able to repay the loan, they will generally not get a loan. This is what keeps the rate of bad loans low.

It is clear that during the housing loan term, reaching to 30 but even to 40 years, the borrower will experience much higher interest rates than those valid today. Currently, it is really difficult to estimate the time when the interest rates start rising. One of the first indicators of this is emergence of inflation in the European Union.

Also, the number of loan agreements is increasing

In addition to sales growth, one should pay attention also to the number of loan agreements. Besides the price rise, the loan turnover could increase also due to the fact that people are buying more recently built and accordingly more expensive housing.

As at February, 170,884 housing loans had been granted in Estonia. Compared to the year prior, 3,736 new loans had been issued, meaning that the number of loans has grown by 2.2%. In view of this, we can say that the growth of loan turnover is caused by appreciation of assets in the transaction as well as the fact that new borrowers have emerged to the market.

New borrowers should, at least according to rules, use a housing loan for buying housing for their own use. Regardless of the intended purpose of a housing loan, in practice this long-term low-interest loan is still used also for making rental investments.

It may be said that buying an apartment with an intention to re-lease it has in a sense become a national sport. When before, such investors had mainly a long-term lease view, then for now, AirBNB and Booking.com have made also short-term lease as the right and opportunity of every landlord.

It cannot be claimed as if using a housing loan for investment purpose is massive; still, to some extent it is used for buying rental apartments.

Housing loan market is showing quite hasty development at the same rate with property market. The pace of growing credit sale and balance is not at all modest. However, considering the overall economic situation, where the fast wage growth plays an important role, there is no need to assume any problems at the loan market.

Provided that the global economy will not see any cataclysms, we could estimate modest cooling on the property market and continuing moderate expansion of the loan market. To avoid overheating and possible bitter setbacks, it would be rather positive to see the growth figures of loan market decline a bit.